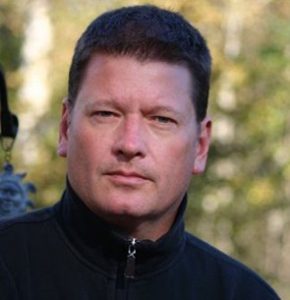 Ron is the Creative Director of Big Baby Agency, a direct response TV and online agency in Austin, TX, and the CEO of Bonfire Enterprises, an incubation division of Guthy-Renker Ventures. He is the author of “Buy Now- Creative Marketing that Gets Your Product Sold,” an excellent educational precursor to anyone beginning a career in direct advertising via Television or the Internet.

Ron was a grocery retail executive from 1990 -1999 in the Pacific Northwest and specialized in operations and turnarounds in upscale grocers. In 1999, he sold a screenplay to an executive producer in Hollywood and changed careers to television advertising. A background as a child actor helped him navigate that transition and soon he was one of the top DRTV writers and producers in the US.

Ron has led over 300 product launches and 70 brand launches and amassed directly attributable sales of 4 billion dollars since 2001. He is the original strategist that worked with 3 person start-up GoPro to launch them as a worldwide phenomenon and multi-billion dollar brand. Since 1999, he has had dozens of other brands’  direct marketing efforts.