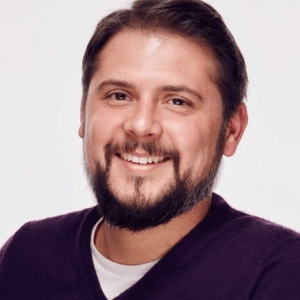 He then created and led W2O Group’s Strategy and Planning practice where he helped privately and publicly held companies such as HP, Inc., Hewlett Packard Enterprise, Visa, Apollo Endosurgery, Galderma and Philips Health redesign their brands and marketing practices for the evolving digital world. During David’s tenure, he directly contributed to over 25% of W2O’s top-line growth, expanding from $47.5 million to $95 million in revenue. W2O Group was acquired by Mountaingate Capital.

Prior to W2O Group, David was Director of Distribution and Network Development at Big Fuel
Communications, where he played a key role in scaling the social media agency’s team and operations from 15 people to 130+ in six months to support their client, General Motors across its corporate, Chevrolet, Cadillac, Buick and GMC brands. Big Fuel was acquired by Publicis Group. David was named to DMNews.com’s 2018 40 Under 40 list. He is a contributing author of the book, “Contemporary Issues in Digital Marketing: New Paradigms, Perspectives and Practices” published by Libri Publishing Limited in 2018, and he has taught marketing and innovation courses at University of Texas at Austin and at St. Edwards University.

David began his career in business development and corporate development roles at International
Creative Management, Endeavor and Intrepid Pictures. He holds a bachelor’s degree from Syracuse
University’s Newhouse School of Communications and an MBA from University of Texas’ McCombs
School of Business.