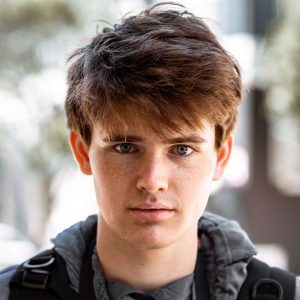 Brennan Agranoff is a 19-year-old entrepreneur who founded his company HoopSwagg, a leader in the athletic sock industry, when he was only 13 years old. Since founding HoopSwagg four years ago, he has grown the company to over $1,500,000 in annual sales and employs more than 40 people. Agranoff has been featured in major media outlets around the world including CNN, Forbes, ABC, Associated Press, Dailymail, NBC, U.S. News & World Report, and Galileo TV (Germany).